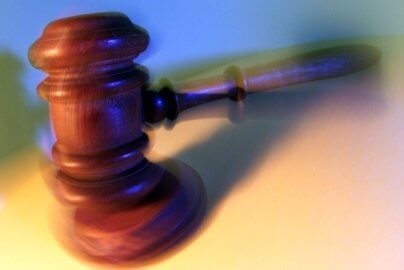 Divorce is a process of separation and transformation – a process that begins long before the dissolution decree. It has five stages: Cognitive, emotional, physical, legal, and spiritual. Working through them can substantially lessen your pain. The reason for “Divorce Court” melodrama is because couples are trying to make the legal separation but haven’t separated emotionally, though they may be physically apart.

Each stage has its challenges, but the emotional separation is the cornerstone for transformation.

The cognitive separation is not so much a decision to divorce, as a setting of intention.  It usually long precedes the actual decision, as well as the emotional and physical separation. Generally, people set goals or a course of intent, before they are emotionally and physically ready to carry them out, such as a job change, a move, or even getting out of bed in the morning.  This intent sets the keel in a direction for events to follow.  An example of this intent might be when a spouse is no longer interested in conjoint therapy to improve the marriage.

The cognitive separation may seem relatively painless, but it usually follows a long period of frustration and unhappiness. This intent may not be expressed, or even consciously acknowledged.  Some protest that they never wanted a divorce, blaming it on their spouse, all the while passively precipitating or allowing the marital break-up, and provoking or permitting their spouse to carry it out.  In other cases, spouses may each silently come to their moment of resolve, only to hear the words uttered by their partner.  The open acknowledgment of this intention and the individual’s and/or couple’s decision to divorce mark the beginning of the physical and legal process of separation.

The legal dissolution is the socio-economic and cultural separation.  As a lawyer and therapist, it is apparent to me that unresolved emotional conflicts fuel adversarial posturing. The legal divorce can be a long, drawn-out battle, in which couples stay connected through their anger by breaking agreements and violating court orders, or by taking either intransigent or ever-changing positions. Unfortunately, too often attorneys end up absorbing or acting-out their clients’ rage, or become a pawn in their clients’ inner conflict and inability to separate – trying to hold on, and at the same time let go.

The emotional separation is the painful period where one can grow.  This process may not necessarily lead to divorce.  In fact, if these changes are worked through as a couple, they may result in a more healthy and satisfying relationship.  It is when the marriage is not flexible enough to absorb changes, or when either or both partners discover that their needs will not be met by the other, that the unbonding process continues towards further separation.

The difficult task of emotional separation involves unbonding the romantic and dependent aspects of the relationship and mourning those losses.  This is the stage where the process of individual and systemic conflict resolution and transformation unfolds.  It includes the disengagement of the couple’s games, role definitions and transgenerational prescriptions, and the individual’s retrieving of projections, differentiation and individuation.  Each partner must comprehend why they selected each other, why they stay, and understand the footwork in the “dance” they both do over and over that doesn’t work.

Growth comes when they each take responsibility for their participation in the marital problems, rather than blame their mate or themselves, and, finally by changing their “dance.”  It may result in seeing each other clearly for the first time, and it means risking new behavior.  Such changes may threaten the relationship and will undoubtedly meet resistance from their mate.  They are refusing to do the old routine.

It will be different for everyone, but for example:  A passive spouse expresses anger, or a volatile partner good-humouredly walks away from an argument; each asks for what they really want from one another; a spouse does something personally important, even though their partner objects; to refuse to tolerate some unacceptable behavior of their spouse that they’ve been complaining about forever; to take a solo vacation; or to refuse to do something they’ve always felt obliged to do.  In emotionally unbonding, people really do become different, in the sense that they have a choice of new responses and behaviors.

Changing old patterns of responding is also frightening, because these behaviors were survival skills learned at an age when they believed their lives depended on them.  They may be fueled by a struggle to separate from a parent, or unresolved pain and anger towards an abusive parent that keeps a spouse tied to a similar mate.  On the other hand, adults previously abandoned by a parent by death or divorce may find themselves leaving their marriage and abandoning their child at the same age it happened to them.

One man so idealized his father, who died when he was only four years old, that when his son reached four, he not only divorced, but moved out of state.  The proximity to his ex-wife was not as painful as the hidden painful memory of his father’s abandonment and the prospect of tarnishing his father’s reputation by meeting his own son’s needs.  Another couple had no complaints until the children arrived, when the father began abusing the children, repeating the abusive parenting he had received.  One woman kept marrying men who had affairs until she was willing to face her unresolved feelings towards her father, who had been unfaithful to her mother.

I am not suggesting that you need to work through family history in order to successfully divorce, but doing so frees the person from repeating these conflicts in another relationship and disrupts emotional connections that can undermine the couple’s attempts to separate.  I have seen many couples still “married”, years after the formal divorce, if only to maintain contact through court battles, or alternatively ritualistically celebrating holidays together (“for the children’s sake”).  One such couple, divorced many years, lived in separate houses on the same property, but maintained sufficient distance through legal hostilities.  Another lived as neighbors, but could not separate too far from one another, because she needed to rescue him from his depressions, and he needed to drive her around.

On the other hand, when a couple consciously works through the emotional divorce and unbonding, the drama subsides and marital structure gradually falls away, although they may still esteem one another, or love each other in the spiritual sense.  Ideally, the physical and legal separation can then follow more smoothly.

The second part of working through the emotional divorce is helping the family to mourn and accept the losses that accompany divorce, through the Kubler-Ross stages of denial, anger, bargaining, depression, and acceptance.  Not mentioned above is fear, which is a predominant emotion in times of transition. All change is stressful, and facing the unknown is fearful.

Divorce represents loneliness, change of lifestyle, imagined losses of what might have been, and of memories of what once was; as well as real losses on every front, such as home, family, children, financial, and often friends and in-laws.  It may entail a move to a different city or school, a job change, or a homemaker going back to school or entering the workforce for the first time.  It also involves loss of identity, as a wife, a husband, and possibly as a father or mother.  To successfully move on, each fear must be addressed and each loss mourned.  Much of the grief work can precede the physical and legal divorce and smooth the way.

The spiritual or soul connection couples share is by nature ephemeral, without time or spatial reference.  Some suggest that this connection, once established, is never severed.  It is what remains following the emotional separation. Strong emotions, either positive or negative, are absent; instead, it is marked by feelings of unconditional love and caring, and vulnerability to the other person.

In working with families in major transition, it is helpful to contemplate the Chinese ideogram for crisis, which represents both danger and opportunity. Loosening our attachments to the things we hold most dear allows for more space and flow within us, the possibility of new experiences, and the opportunity to meet as yet unknown parts of ourselves. Carl Jung is reported to have congratulated his friends when they were fired, saying “Let’s open a bottle of wine; this is wonderful news; something good will happen now!”

To get tips for overcoming the pain of rejection, see “Recovery from Rejection and Breakups.” Listen to the seminar, Breakup Recovery.
See also “The Do’s and Don’ts of Divorce,” and “After Divorce – Moving On and Letting Go.” Listen to my interview and get tips for Bouncing Back from Divorce.

The decission of many of my clients in respect of a separation or divorce, where amazing, not that I favor nor recommend the big D. There the couples that never grow up expecting that, to happen when they say “I do” to each other, also there couples that are the facilitators of the families financial resources, those are the gold diggers. They have in mind “when they die” I will move to a mansion, that never happens, because when a couple says I do..is I do for life money or not. I ask my clients if they have any spiritual connection or higher power to look for when the sour days arrive the bedroom. most likely they say none, mistake one. I always recommend to seek for a higher power as a remedy for little and big sours. Darlene, I agree with all you share in this blog segment you are amazing. I cannot recall exactly in the Bible I read this part, when Apostol Peter talked about the letter of divorce, must be given “only” when there is “Infidelity” and I agree. When a couple reaches to the dead end and there kids are adults, they can set a better example and not just leaving them with a question mark, what happened between them? I always say bring to the couples group, and they always laugh, How lovely, sweet, unique, emotional,etc is when the couple are getting married. There are tears of joy, good presents, best friends come, relatives, alot of waist of money. Oh that big cake, all the preparation, lets add all that money, it sums the same amount to get a divorce. Now the picture changes, No smiles,no gifts, no cake, groom tux, wedding dress, and instead of a church now is a court. In the wedding is all good, but in court is all disagreements, I want this and that, etc. Ah the same thing you can experience are tears of pain and not joy.Just enjoy the togetherness while is alive and when sour days come, do something as a couple you have never done such as, travel to an exotic place and rent a jet sky and say very loud to each other I LOVE YOU!