What is Healthy Narcissism? Is It Self-Love? 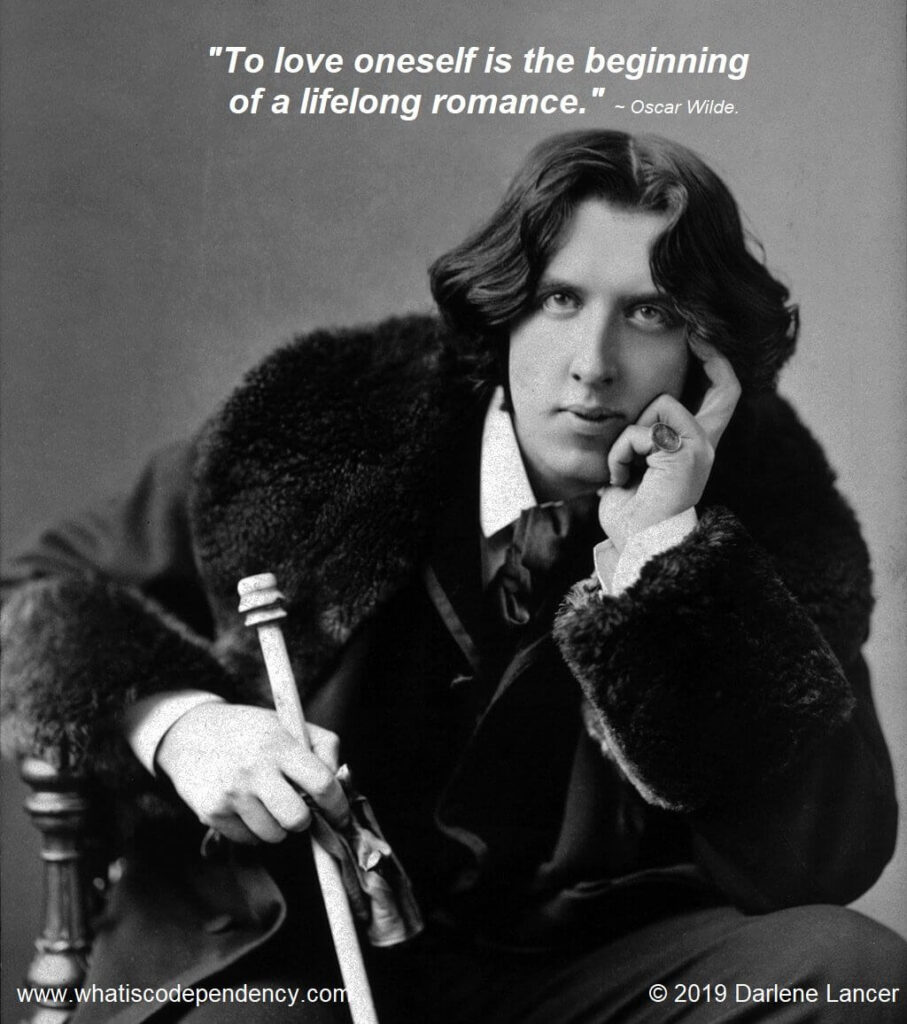 “To love oneself is the beginning of a lifelong romance,” wrote Oscar Wilde. Known for his wit and irony, was Wilde referring to narcissistic love or real self-love and healthy narcissism? There is a difference. Wilde’s use of the word “romance” suggests the former. That’s a key to differentiating the two concepts.

Romantic love is filtered by illusion and idealization. In the romantic phase of relationships, intense feelings are predominantly based on projection and physical pleasure. All is rosy, because we don’t really know the other person or see his or her flaws.

Oscar Wilde’s novel The Picture of Dorian Gray is about narcissism.

Dorian, a narcissist, falls in love with his appearance in a portrait of himself just as mythological Narcissus loved his own reflection in a pool of water. Both he and Dorian were incapable of interest in, or love for, anyone else. They were oblivious to their arrogance, sense of entitlement, or cruelty to the women who loved them.

In contrast to narcissistic and idealistic romantic love, real self-love encompasses loving our frailty and flaws. It’s beyond self-esteem, which is a self-evaluation. We totally accept ourselves. Unlike Dorian, who could not bear the thought of growing old while his portrait remained young, when we love ourselves, we are connected to our ageless self. Self-love makes us humble. We have no need to parade behind a façade of false pride. Nor do we idealize and aggrandize ourselves or deny or hide our weaknesses and flaws. Instead, we embrace our full humanity.

Narcissistic arrogance conceals self-loathing. Narcissists can’t tolerate being wrong or criticized. This is why they’re defensive and hypersensitive. But when they receive admiration and attention, they’re happy, reflecting their immaturity. Like a bully, their inner shame makes them relentlessly critical of others. They can dish, but not take it. Their bragging and grandiosity reveal insecurity. To compensate, they embellish themselves and only want to associate with high-status people and institutions and harbor disdain for those seen as inferior. In a narcissist’s world, things are black and white. They believe they’re always succeeding or failing, and their mood fluctuates accordingly. They make no room for mistakes or mediocrity, which can put them into a rage. In contrast, self-compassion enables us to accept ourselves and our shortcomings, and empathize with others.

Early in my recovery, I dreamt that I needed to be more narcissistic. The problem was that my opinion of myself wasn’t high enough. Freud identified a natural, narcissistic stage of child development when toddlers feel they own the world. They can suddenly walk and want to explore everything. Individuals with narcissistic personality disorder get arrested in early development and don’t mature beyond it. There are theories about the cause of narcissistic personality disorder (NPD), which has the negative aspects of narcissism, such as entitlement, exploitativeness, and lack of empathy.

Freud noted that a certain amount of self-focus and self-regard is essential to developing a healthy ego structure. Healthy narcissism enables us to have the confidence and self-investment to succeed. Due to their reported high self-esteem, research shows that narcissists maintain a sense of well-being with low levels of depression, anxiety, and loneliness. People with too little ego-centricity are at greater risk for psychological disorders. Codependents are attracted to narcissists who have qualities, such as boldness, confidence, and power, which they themselves lack. In contrast, they don’t believe in or invest in themselves and instead help others.

Some children get their natural pride squelched by a dominating, critical parent. They carry toxic shame. Think of false pride and shame as opposite ends of a spectrum. Neither is a good place to live from. It can be said that for narcissists, shame is unconscious. They act in ways that are shameless. For codependents and individuals with low self-esteem, healthy pride is unconscious. People may admire and compliment them, but they don’t feel deserving and trust them.

A goal of recovery is to fall closer to the middle, where we can feel pride without arrogance. Our greater self-esteem enhances our life, creativity, resilience, and mood. We develop healthy narcissism that provides self-assurance and ambition to fuel self-efficacy and the ability to accomplish our goals. With high self-esteem, we expect to succeed and likely will and can also tolerate disappointment and failures. We’re not defensive and can receive feedback. We ask for and pursue what we want. Our self-regard empowers us to confront abuse or disrespect. Feeling worthy, we don’t hesitate to say no and set boundaries. Yet, we have empathy and consideration for others. Even though we seek to get our wants and needs met, we don’t manipulate, control, seek revenge, envy, or exploit people.

Recovery is a journey of self-love. Yet, people who pursue self-growth are sometimes labeled narcissistic because they focus on themselves as part of their recovery. Usually, they must learn to think more highly of themselves, grow their self-esteem, and set boundaries that reflect self-care. Others may consider them selfish and overly self-involved. However, this is far different from narcissism. Narcissists do the opposite. They don’t look at themselves, take responsibility, or feel a need to improve. Doing so or seeking help would be an admission of imperfection, that they’re flawed. Instead, they blame others.

Join a 12-Step program and practice 10 Steps to Self-Esteem (or Webinar). To learn more about shame and follow a recovery plan, read Conquering Shame and Codependency: 8 Steps to Freeing the True You.