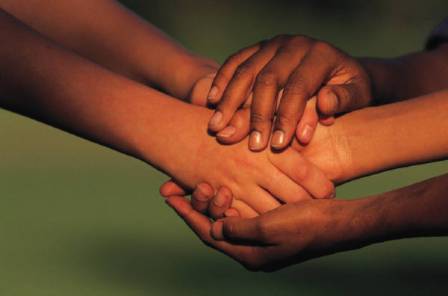 Empaths are more than empathetic. Like an HSP–highly sensitive person–they’re highly attuned to stimuli and other people’s emotions and energy, often at a transpersonal or paranormal level. They may be codependent and end up in abusive relationships. Let’s first consider some definitions. An HSP has a rich inner life and a nervous system sensitivity to physical, emotional, or social stimuli. So an HSP may also be an empath, but includes more attributes. Codependency is defined very differently.

A codependent is someone whose feelings, thoughts, and actions revolve around another person.[I] Codependents needn’t be empathetic and an empath needn’t be codependent. Some people justify or glorify their codependency on the fact that they’re empathetic; however, codependency is something very specific. Your focus can revolve around someone else, without really empathizing with what that person is experiencing. Codependents might do that to figure out the other person’s mood and then gauge how to react and be liked. They might not know their own feelings or what the other person feels or care much about it; especially if his or her behavior is causing them pain; for example, due to addiction, abuse, or if the person is emotionally unavailable.

Conversely, an empath might tune into another person’s feelings, but also be quite aware of their own and not change their behavior to manipulate the situation. They may express caring or offer to help, but also have firm boundaries to protect themselves and not overextend themselves. They might also realize that the other person isn’t ready to receive or want help. If they feel unsafe or sense abuse, they might leave the person to protect themselves. In other words, an empath may have healthy boundaries and not necessarily put the other person’s welfare above their own.

Often empaths become healers and have to learn to protect their energy field to not absorb negative energy from people in their personal and professional relationships. I was an empath and HSP growing up, but didn’t know it. From a young age, I was very interested in the psyche and dreams and later had psychic experiences. Looking back, the signs were there of being sensitive to loud noises, pungent smells, nylons and scratchy fabric, and other people’s energy and feelings. Although I wasn’t shy, I now understand why I preferred nature to cities and disliked malls and crowds, preferring small shops, intimate gatherings, and sitting in the front of the class and along the aisle in theatres.

I was also codependent. Having had a  controlling, narcissistic mother, my voice and real, authentic self were squashed. I learned to disregard my feelings and needs and accommodate those of other people in close relationships. Naturally, I was considered “too” sensitive.

Codependent empaths have the dual problems of weak boundaries and disconnection from themselves, while being highly sensitive to other people. They’re vulnerable to abuse for several reasons:

Empaths can be sucked by feeling sympathetic for addicts, covert narcissists, and people with borderline personality disorders who play the victim with stories of woe. Then they feel responsible and can’t leave because their ill partners behave so needy and dependent, sometimes threatening suicide or self-destructive behavior, while claiming how important the empath is to them.

Empaths and Recovery from Codependency

The work of recovery from codependency has allowed me to empathize with myself as well as others without giving up my needs and wants. By reclaiming the lost connection with myself, I no longer tolerate drama, go along to get along, and am comfortable setting boundaries with other people.

Steps of recovery include:

Do the exercises to overcome shame in Conquering Shame and Codependency. Listen to my Self-Love Meditation and learn How to Be Assertive and stand up for yourself.

This article is so helpful. I married a man with mental illness (I didn’t know it at the time). When his mental illness grew worse his mother blamed me. Another one of her sons has the same mental illness and my sister-in-law was blamed for that rather than once again admitting he has mental health issues. Because I entered this relationship at such a young age I believed my husband’s mother when she said everything was my fault. I guess over the years I became co-dependent and fixated on helping him. Even though he refused help and put himself on and off medication or abruptly stopped taking his medication I somehow thought my kids and I could rally together to fix him. In the meantime, he spent every waking moment with his enabling mother who protected him. It got to the point where he was with her or his family for about 19 or 20 hours a day and only came home for a few hours to sleep. At that point it became evident this was a ‘family of origin issue’ – he wasn’t with me and our kids enough for us to be any sort of problem to him, but he was with his family of origin 90% of the time on a daily basis. When he wasn’t around the kids and I lived in peace and harmony. I realized my co-dependency in helping him was only hurting me and my kids. If he was to be ‘fixed’ his mother would have to recognize she was the one spending the most time with him and was enabling his behavior. Sadly, I don’t think he’ll ever get the help he needs because of his family dynamics. And worse than that his personality is gone, there is no smiling, laughing, or joy. When I see this I rotate through asking him to get help, demanding he gets help, begging him to get help…and then comes crying and anger. It’s devastating knowing you can do nothing to help another person when something inside of you makes you not want to stop trying. My kids have asked me to stop asking them to intervene and pointed out he’s resistant. I have cancer now and have to change my ways. I’ve decided it’s beyond my ability to help him so I’m putting this back into his mother’s hands. I’ll never understand how a mother can be so blind to a son’s suffering but their family system is very dysfunction and only they can change that.

Sadly, codependents can ruin their health helping someone else who disregards their own. Join Coda.org and learn you’re powerless over him and his mother. Likely she’s in denial due to shame. Focus on self-love. Listen to my meditation.

Thank you so much for the information about joining Coda.org. And thanks for the link to your meditation site. I really appreciate your response.