The Danger of a Covert Narcissist 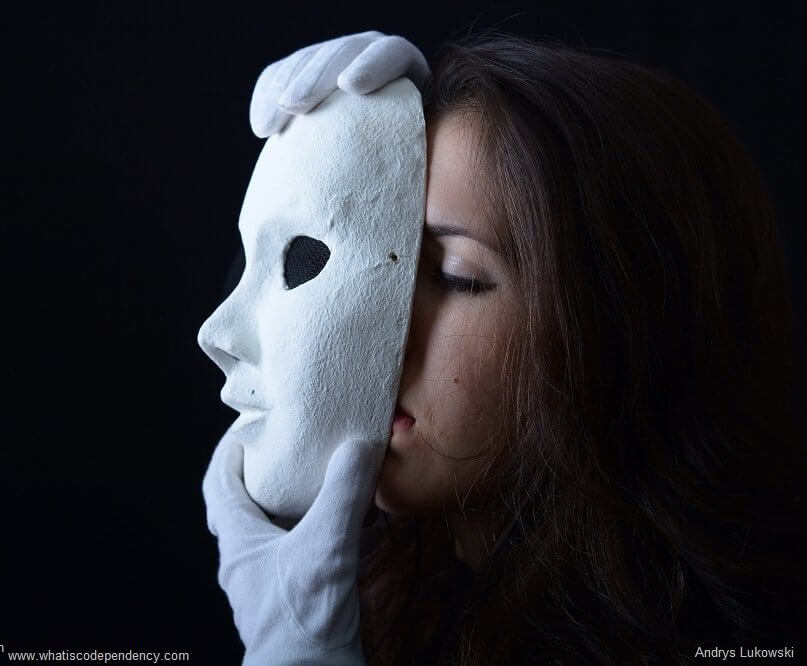 You may be fooled by a covert narcissist, but they’re every bit as much narcissists as the stereotypical extroverted narcissists. Some narcissists may emphasize one personality trait over others. A person with an outgoing personality might always showoff and need to be the center of attention, while another narcissist might be a vindictive bully, an entitled playboy, an imperious authoritarian, or an exacting know-it-all, as articulated by Madonna, “Listen, everyone is entitled to my opinion.”

There are several subtypes of narcissists. Among them are covert narcissists. Psychoanalyst James Masterson first identified the “Closet Narcissist”—someone deflated, with an inadequate self-perception. Lacking the aggressiveness of the exhibitionistic narcissist, they’re more prone to depression and feelings of emptiness or like things are falling apart. This subtype has also been referred to as a “covert narcissist,” “vulnerable narcissist,” or “introverted narcissist.” Take a quiz to see if you’re one, but don’t rely on it conclusively without speaking to a mental health provider.

On the surface, they can be hard to identify. These narcissists may appear shy, humble, or anxious. Their gratification may be indirect through their emotional investment in someone they admire. They take things personally and feel distrustful, mistreated, unappreciated, and misunderstood. Although they devalue themselves, they dream of greatness and wonder why people don’t appreciate and understand them.

They still qualify for narcissistic personality disorder (NPD), particularly feeling special and wanting admiration (perhaps secretly), lacking empathy, and feeling entitled. They’re still self-centered and expect special treatment. They often feel that their specialness is not appreciated, that they’re misunderstood, or that people or the world at large haven’t sufficiently recognized their uniqueness. Some play the role of victim and martyr.

They might be a philanthropist or in the clergy or helping professions. Yet, despite the fact that they may appear to genuinely care for others, they’re motivated by a need for recognition, power over others, or egoistic pride. They might help by taking over without even asking permission. They behave self-righteously superior, moralistic, or as exploited, resentful sufferers for all their giving.

Contrasting with the Exhibitionist Narcissist

Despite sharing core traits, in a sense, behaviorally the covert narcissist is the mirror image of the exhibitionist narcissist. While the latter demands to be the center of attention, the former feels slighted that they’re not, or gets attention by playing the victim. Instead of working the room, the covert narcissist is self-absorbed. Normal introverts are generally good listeners, but not this narcissist. They consider others boring or ignorant. Rather than ordering others around, covert narcissists can get their way indirectly through passive-aggressive behavior. They may agree to things, but not follow through, be late, forget, or pretend there was no agreement. All narcissists are manipulative. Covert narcissists may add self-pity to their toolkit to control others. Rather than put down others directly, they are more likely to express envy.

Due to their introversion, instead of bragging openly, covert narcissists display reserved smugness and judge everyone as inferior. They might act aloof and disinterested or make dismissive or discounting gestures, like looking away, sighing, yawning impolitely, or acting bored. While all narcissists react poorly to criticism, the introvert may have the thinnest skin of all, because they believe they’re uniquely sensitive. Instead of the aggressive and exploitative nature of extroverted narcissists, coverts have feelings of neglect or belittlement, hypersensitivity, anxiety, and delusions of persecution.

The Covert Narcissist in Relationships

The danger is in not seeing through the facade of a covert narcissist because they’re more passive. But they can be just as destructive to relationships as the extroverted types. The emotional abuse might be more silent and subtle, but can wear you down and demoralize you. Your needs and pleas for attention will be discounted or ignored. You can get sucked into trying to console and help this manipulative martyr to no avail. There’s no way you can fill their emptiness or change their victim mentality. You’re left feeling resentful and angry. Meanwhile, your self-esteem is gradually undermined.   The narcissist lacks empathy for you, won’t see you as a separate individual, and will do what’s necessary to maintain power and control. Their pain and needs will always take precedence, so you’re left feeling alone and neglected.

Extroverted narcissists sometimes also act covertly, pout, and play the victim in order to manipulate others. Don’t get caught up in definitions. If your needs and feelings are being discounted, if you feel manipulated or abused, see a therapist and learn how to confront this behavior. Get Dating, Loving, and Leaving a Narcissist: Essential Tools for Improving or Leaving Narcissistic and Abusive Relationships

just ended a four-and-a-half year relationship with one of these covert narcissist. And the four and a half years we’ve been together I’ve lost my brother my father my best friend my grandmother and my favorite uncle. In each of these instances he had somehow made it about him but I still thought I had someone who can help me through these troubling times. He feigned love caring attention and he made me feel like I was important and unique while at the same time destroying my self-confidence and getting me to second guess myself and ignore my intuition. If your intuition tells you to get out don’t let anyone call you crazy, just get out.

I am a survivor of Narcissistic Abuse of 8 years, with minor children involved. The worst part of Extrovert Narcissistic Abuse is that they destroy your self-worth, confidence, & your ability to listen to your intuitions so that you learn to ignore them. Narcissists are good at being everything you want in a relationship & in life. Unfortunately, truly good people that are caring, empathetic, sympathetic, etc., are the easiest prey for Narcissists. You don’t know who they really are, until you feel like you’re losing your mind & think that you are the problem. They are the problem, & they will never change, & continue to try to ruin your life