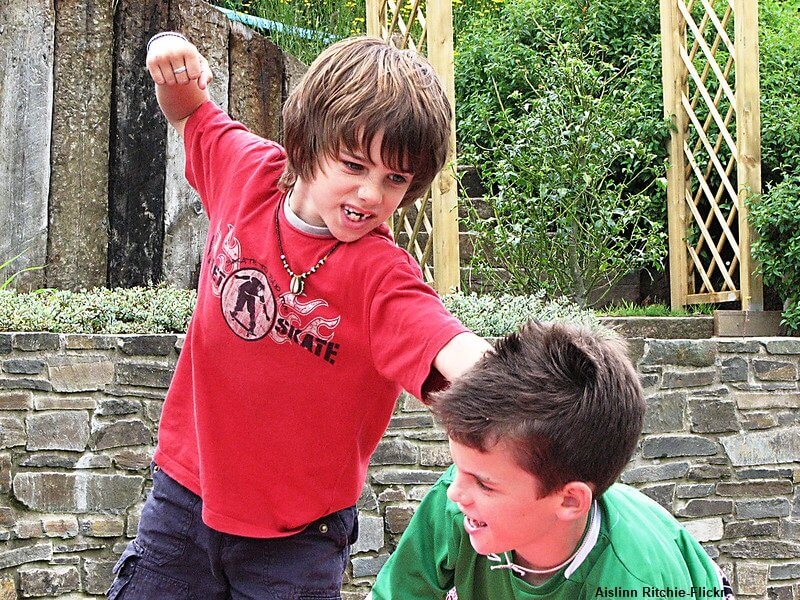 Sibling abuse is the most common but least reported abuse in the family. Prevalence is higher than spousal or child abuse combined with consequences well into adulthood similar to parent-child abuse. Up to 80 percent of youth experience some form of sibling maltreatment; yet, it’s been called the “forgotten abuse.” [1] Therapists also frequently overlook it.

Usually, the perpetrator is an older child (often the eldest) exploiting the emotional dependence and weakness of a younger sibling. Girls are at greater risk of abuse, generally by an older brother. When a brother abuses a sister, it often involves physical or sexual abuse. Sisters abuse one another also.

Under-reporting is predominantly due to societal denial of the seriousness of the problem. There is no definition of sibling abuse or laws governing it (except for some sexual abuse laws.) Resources for families are also lacking. Parents have no support and are misinformed. Many expect sibling conflict and fighting. Hence, they typically overlook abuse and confuse it with sibling rivalry. When they don’t protect the victim, it constitutes a second wound–first inflicted by the sibling, then by the parent.

Sibling rivalry and abuse are different. Squabbles, jealousy, unwillingness to share, and competition are normal sibling behaviors. Fighting between equals can be, too. Rivalry is reciprocal and the motive for is for parental attention versus harm and control. Rather than an occasional incident, abuse is a repeated pattern where one sibling takes the role of aggressor toward another who consistently feels disempowered. Typically, an older child dominates a younger or weaker sibling who naturally wants to please his or her sibling. It’s often characterized by bullying. Unlike rivalry, the motive is to establish superiority or incite fear or distress. Intent and the degree of severity, power imbalance, and victimization element are all factors to be considered. Inappropriate parental discipline or ineffective attempts to respond to rivalry or abuse can compound the problem by the lack of consequences or by targeting one child. If a parent is overly strict or abusive, the perpetrator often vents his or her rage on the younger sibling.

Abuse may be physical, psychological, or sexual, and can be expressed through seemingly benign behaviors, such as ordering, manipulation, poking, or tickling. It’s damaging when there is persistent teasing, denigration, or physical harm by one sibling on another.

Emotional abuse between siblings is common, but is difficult to research. However, its effect should not be underestimated. Emotional abuse includes name-calling, belittling, teasing, shaming, threats, intimidation, false accusations, provocation, and destroying a sibling’s belongings. The abuser may use manipulative tactics, such as playing the victim, deceit, threats, withholding, bribes, stonewalling, or trickery in order to exploit and gain an advantage over a younger child.

Physical abuse is the deliberate intent to cause physical harm or injury. It includes rough and violent behavior, pinching, choking, biting, slapping, tickling, hair-pulling, physical restraint (such as pinning down), shoving), and may include weapons.

Sibling abuse is a symptom of a dysfunctional family in an environment of family stressors, such as marital conflict, financial stress, family disorganization and chaos, and lack of resources. Parents are unable to manage their own emotions and model appropriate communication and behavior. They can’t be present for their children’s needs and feelings. These are factors that make sibling abuse more likely: [3]

The effects of sibling abuse mirror parent-child abuse and have a long-term negative impact on survivors’ sense of safety, well-being and interpersonal relationships. Victims of all ages experience internalized shame, which heightens anger, fear, anxiety, and guilt. Both victims and perpetrators often have low self-esteem, anxiety, and depression. Children may complain of headaches, stomachaches, and bowel, eating, and sleep disorders. Some have developmental delays or social and academic difficulties in school. They may run away or stay for periods at friends’ homes. Victims may engage in substance abuse, self-harm, or delinquent behavior. Abuse causes fear of the perpetrator that may lead to PTSD and produce nightmares or phobias.

Survivors continue to struggle into adulthood with shame, depression, boundaries, low self-esteem, PTSD, loneliness, hopelessness, and drug abuse. They may have somatic complaints, fear the dark, and sleep and eating disorders. Survivor trauma accumulates “Adverse Childhood Experiences,” which are linked to codependency and negative health as adults.

Survivors’ low self-esteem, lack of assertiveness, and inability to protect themselves lead to difficulties resolving conflict at work and in intimate relationships. They’re confused about boundaries and what constitutes a healthy relationship. They may become aggressive or develop codependent, pleasing behaviors and repeat their accommodating, submissive, victim role in adult relationships. Having been betrayed by a sibling and parent (through lack of protection), they’re distrustful and fear dependence and vulnerability. They may be hypervigilant and emotionally unavailable or attract someone who is. Consequentially, they seek self-sufficiency and independence because they perceive depending on someone as dangerous. This leads to intimacy problems, loneliness, and isolation.

Long-term effects of sexual abuse include excessive self-loathing, guilt, anxiety, confusion, difficulty with sustaining long-term intimate relationships, vulnerability to sexual re-victimization, suicide, delinquency or criminality, and promiscuity or fear of sex. Therapy is recommended to work through trauma. Clients should present the issue, because most healthcare providers underestimate the impact of sibling abuse and don’t ask about it.

Therapy should focus on healing the trauma and overcoming shame. See Conquering Shame and Codependency: 8 Steps to Freeing the True You.

First published by California Assn. of Marriage and Family Therapists in The Therapist, (Nov. 2019)

When I was young around 14-15 years old one day our neighbors children came to my home both were small in age, There is no one in our home and so I said to them I give them chocolate and they came into the room the small girl and boy agreed then I take out my penis and said them to eat then the small girl touched and boy doesn’t touch then I hugged the girl, but I did nothing to them, no wrong thing happened in between us, no any other activity happen but at that age I have no sense ? now when I m mature I felt guilty I felt sorry, I punishes myself many times and I m in depression ? now I respect all girls, I have maturity please help me?

I want to say them sorry but now they are not my neighbors and in above comment the thing is happend only once and we never saw each other and I didn’t do anything to them she touched my pe** once and nothing another thing we have done at that time because I have no knowledge ? and after that I never do anything wrong with other but I am sorry for that and I suffers from OCD and one day they came in dreams and I touched their feet to felt sorry but I m not able to forgive myself please help

Sorry – not natural if there is a big age difference or power imbalance. See counseling; please to stop the cycle of abuse

I don’t know why everyone around me judge on everything I do, wear, how I talk, sleep, eat everything. I’m so depressed that’s it’s affecting my heart. My heart stinks

Over the last 8 years I have discovered that my younger and only sister has been a bully to me (we are both adults now). After I moved away from her, each time I would come to visit (or even phone calls) we got into a heated argument. She would provoke me, call me names and belittle me, leaving me wondering what I had done wrong. This has gone on for over 30 years and I now know it is called sibling bullying. IT IS REAL. I almost severed the relationship permanently b/c I could not take it any more but she wants to try, so that is what we are doing. Enough is enough and I am ready to walk away for good if it happens again.

I’m 53. This is my story! My parents didn’t believe me then and they don’t believe me now. I had to survive alone with this as a kid. It didn’t break me!! I am strong. I am a survivor! But it cost me my parents and of course my abuser

Yes similar sexual and physical abuse by siblings. Fear of being responsible for another’s needs, trapped unable to feel safe in a relationship with a man . Looking for someone to rescue me .

Thank you for this. I have, literally, never read “my” circumstances expressed so succinctly until today. I have also never met anyone like me, but know we are out there. Thank you.

I am right here. going through it right now. I am slowly getting into depression! It hurts!