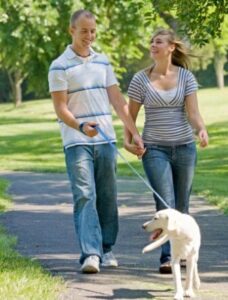 g-awaited sobriety finally arrives, partners expect their past relationship problems will disappear. Often, there is a “honeymoon” period when they’re on their best behavior and reaffirm their love and commitment. After all that they’ve been through together, they have high hopes for a rosy future and easier times ahead. Yet, sobriety destabilizes the status quo, and the longer partners are together, the more their patterns become entrenched.

It’s an unsettling time. Both partners feel vulnerable. In new sobriety, couples don’t really know how to talk to one another. It’s a rocky transition in the marriage or relationship that presents many challenges.

Sober or abstinent addicts have their own emotional challenges. It may be difficult to get through a day without using, drinking, or fighting the urge to do so. In addition to worrying about a slip, a recovering addict has anxiety that substance abuse has masked. Drugs smoothed over difficult feelings and situations that now must be faced “on the natch.” Anxiety may be covering deeper feelings of depression, shame, and emptiness. Childhood trauma can drive these feelings, but early sobriety is not the time to address it.

Moreover, if substance abuse started before the addict was an independent, self-sustaining adult, then new skills need to be learned. It’s said that maturity stops when addiction begins. Hopefully, the addict is getting support from a 12-Step program and an experienced sponsor or counselor.

Perhaps there were other sober periods that didn’t last, so the belief is, “Why should this time be different?” The spouse may continue to “walk on eggshells,” as he or she did living with addiction, afraid of precipitating an argument or a slip. Trust has been broken many times, and it will have to be rebuilt – a process that can’t be rushed.

Hopefully, the partner has also been in a 12-Step program, such as Nar-Anon or Al-Anon. (Al-Ateen is a great resource for children, too.) There those affected by addiction learned that they’re not responsible for the addict’s drinking or using and that they’re powerless over the addict’s recovery. New sobriety leaves a void, which formerly was filled with all the mental and physical activity of trying to control and manipulate the addiction and substance abuser. Being a codependent caretaker hid their inner emptiness. Feelings of anxiety, anger, loss, boredom, and depression may arise. The spouse is now “out of a job” of watching, enabling, and checking up on the addict and taking over his or her responsibilities. Secretly, the spouse may fear not being needed, and worry, “Will I be enough to be loved?” should the addict become a fully-functioning, independent adult. This reflects the shame that lies beneath the caretaking, self-sacrificing, role of being a super-responsible partner – shame that underlies codependency.

With sobriety also comes the fear of relapse. It’s overwhelming to realize that a loved one has a life-threatening addiction, subject only to a daily reprieve, over which we’re powerless. The spouse must now fill a life that may have been consumed by addiction and the vagaries and needs of the addict. If the spouse has been in recovery, then this process has already begun, and it’s an easier transition. Still, he or she may watch and worry whether the addict is doing what’s necessary to recover and be intrusive with statements like, “Did you call your sponsor?” or “You need a meeting.”

Partners are accustomed to their roles – the addict being unreliable and dependent, and the partner being a super-responsible fixer. In Codependency for Dummies, I term these roles Underdog and Top Dog. The Underdog addict is self-centered and irresponsible, and feels vulnerable, needy, and loved only when receiving. Top Dog is other-centered and over-responsible, and feels invulnerable, self-sufficient, and loved only when giving. They both feel sorry for themselves, blame one another, and have guilt and shame, but Underdog feels guilty needing help, and Top Dog feels guilty not giving it.

Top Dog has been the mainstay of the family and doing most of the parenting. Underdog needs to be encouraged to take on more responsibility, while Top Dog needs to let go of control and stop enabling the addict by being super responsible. This is difficult for both and causes friction. The newly sober have their own demons and challenges just staying sober and clean. Taking on family and work responsibilities without the help of a drug can be daunting, depending upon the duration of the addiction.

Addicts, the Underdogs, usually have guilt and shame about their past behavior, while their mates harbor anger and resentment, often for things about which the addict has no recollection. Just when the recovering addict needs forgiveness, the partner may view sobriety as an opportune time to bring up long-held grievances. However, adding to the addict’s shame can undermine unstable abstinence.

Addicts may also resent their dependency on their spouse and feel managed by them. Their partners cling to control and have trouble focusing on themselves. This mutual dependency makes couples highly reactive. They need to be more emotionally autonomous, which will lessen reactivity and facilitate better communication and intimacy. That may mean each spouse initially talking over things with their sponsor or therapist rather than confronting one other, except when it comes to abuse, which should be addressed.

The non-addict spouse may have high expectations for long-missed intimacy and be disappointed when it doesn’t materialize. This may be compounded by the addict’s commitment to put sobriety first. The partner may resent that nights out drinking or using have been replaced with nights at meetings. Both spouses may feel especially vulnerable when it comes to sex. Sexual intimacy usually mirrors the lack of emotional intimacy, particularly with alcoholism and often with drug use, as well. Couples need time to rebuild trust and confidence.

Anger, resentment, guilt, hurt, dependency, and blame typify these relationships, and that doesn’t necessarily change with sobriety. The cause is not the drug use, but the underlying codependency of both spouses and its symptoms. Toxic shame is at the core and leads to most of the dysfunctional patterns and conflicts. (To understand the impact of shame on relationships and codependent symptoms, see Conquering Shame and Codependency). Partners eventually need to heal deeper issues of shame and learn to be autonomous and communicate assertively. See How to Speak Your Mind – Become Assertive and Set Limits and How to Be Assertive.

Depression may affect one or both spouses during new sobriety, and either may take up a new addiction or compulsive behavior, such as shopping or overeating, to fill the void in their lives that sobriety brings. All of these stressors can result in the addict drinking or using in order to return to the familiar status quo. It may mean that he or she needs more support or is trying to make change too rapidly. Both partners need outside help to alleviate stress on the family system and guidance in learning new coping and communication skills.

Darlene, I read your words and was touched by how much I have been through and continue to go through in a “recovery marriage.” I love the top-dog under-dog analogy. Some wise thoughts.