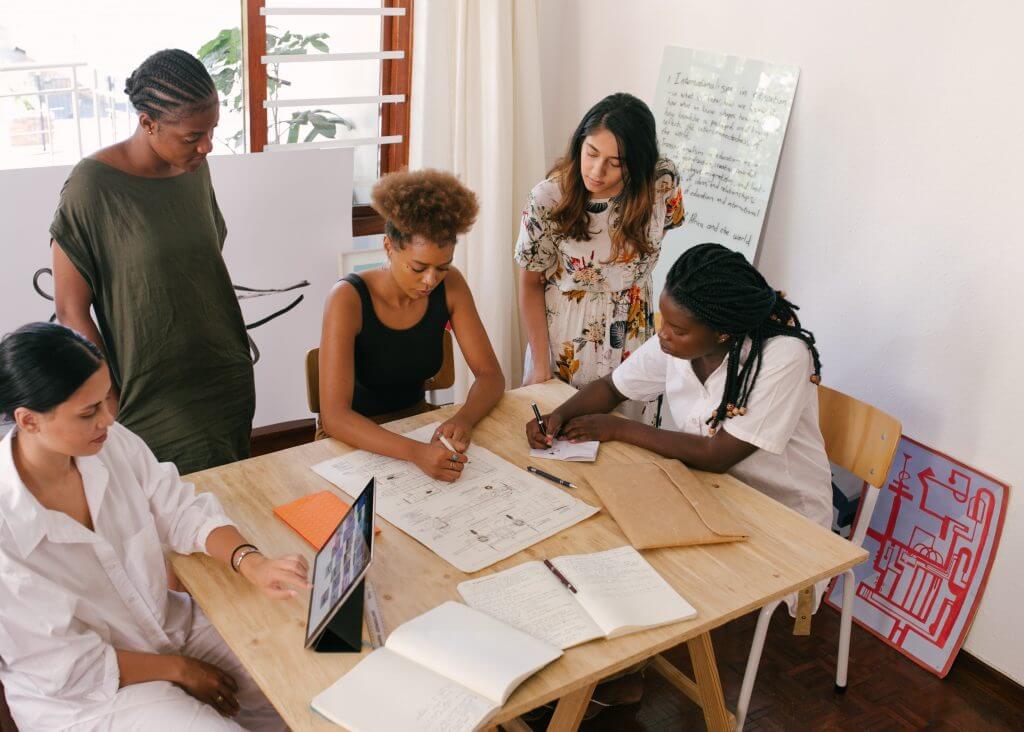 Only one-third of women were employed in 1950, compared to 75 percent of adult women under 44 today. The 2001 Census reported that 57 percent of women have full-time employment; another 23 percent worked part-time. Of women with children under 18, about 79 percent of single, and 70 percent of married mothers were employed in either part or full-time positions. Almost 53 percent of new mothers return to work six months after delivery. But are working women happier?

Arguably, the cost of living has forced women into the workplace. However, surveys reveal that a majority would prefer to work, even if they didn’t need the income. More than half of older homemakers regret that they hadn’t worked outside the home.

Moreover, even though the majority of American couples are dual-earners, women continue to be mainly responsible for household chores and parenting – regardless of their employment status. Women perform 70 percent of domestic work compared to 30 percent performed by husbands – exclusive of child-care, which falls to the mother. Women end up working an extra week per month. Although this is a common source of marital conflict, most women don’t mind, and consider outside employment to be an expansion of their roles. This may also be true because generally, the woman earns less than her spouse, which contribute to emotional and financial dependence and limit her feelings of unfairness and/or ability to insist upon equal sharing of household chores. Women who believed their employment was as important as their husbands’ experienced less work overload and less depression than wives who viewed their work as secondary.

Women work despite the drawbacks. For every dollar a man earns, Caucasian women receive 79 cents, African American women 70 cents, and Hispanic women 58 cents. Aside from salary disparity, there is gender discrimination in autonomy and support for women’s decisions, in promotions, access to information, and in the degree of authority and control over finances and resources that women are allowed compared to males. A Federal Glass Ceiling Commission found that women held only 3-5 percent of top corporate executive jobs.

Such chauvinistic attitudes go back several thousand years. The Greeks viewed women as imperfectly formed men. Martin Luther believed women were created to die in childbirth, and even egalitarian Jean Jacques Rousseau thought that women should obey and serve men. Darwin wrote that men’s intellect was superior to that of women. In contrast, several Native American tribes accorded women status, power, and control of the land.

Even with these disadvantages and obstacles, most women prefer to work because it raises their self-esteem. Women who enjoy the roles of earner and homemaker have better mental and physical health. It provides contact with the world at large, mental stimulation, opportunities for self-expression, new relationships, new skills, and feelings of efficacy and accomplishment – all of which contribute to a better sense of well-being, irrespective of salary and job prestige. Another factor is that women shield themselves from feeling discriminated against by comparing their salaries to other women, rather than their male colleagues. Although women work harder and longer, and more competently and efficiently than men, they have a lower sense of entitlement. Women also have less access to salary information that might motivate them to expect and ask for raises.

Spouses with egalitarian gender values have better self-esteem, mental health, and personal relationships. Housework is more likely to be shared, and spouses’ needs, aspirations, and skills are equally valued. Individuals who have both feminine traits of nurturance and expressiveness and masculine traits of instrumentality and assertiveness have the most flexibility in work and interpersonal relationships. The key for women is to develop feelings of competence and agency. Unfortunately, adolescent girls’ appearance is too often emphasized instead of their skills and abilities. Women who pursue nontraditional careers usually have a stronger sense of agency.

Although women with traditional values are more content being homemakers, women cannot be assured of financial support from a husband. Marriages today last an average of seven years, 41 percent of births occur out of wedlock, and women live longer than men. According to a May 9th New York Times article by Ross Douthat, urban, educated, career women who wait longer to marry, have more secure and stable marriages with fewer children than women from rural, traditional families, who marry younger, have more children, and are more likely to divorce.

In conclusion, women experiencing multiple roles and egalitarian relationships have better esteem and mental health.  Thus, it is important to have a strong support system, a healthy sense of entitlement, skills, and strategies to accomplish goals and overcome obstacles. Developing these skills and asserting the need for help and respect at home and at work will build self-efficacy. Skills learned in the workplace are transferable to relationships with men where it may be harder to overcome traditional roles and expectations.

Men work an average of 52 minutes more per day than women. So, it just makes sense that in general, a wife would do more house work, like 52 minutes a day more. Why isn’t this fair? The author isn’t acknowledging all the extra things men generally do that women don’t have to do. For example women aren’t forced into the military to fight and die in wars, and 95% of workplace deaths are men. Feminism isn’t about true equality, it’s about women getting all the perks without any of the drawbacks of being a man.

The article is focused on the difference in happiness between women who work and those who don’t, not comparing men and women. But in the workplace, when a woman does the same amount of work as a man in the workforce they should be paid equally. The military is becoming more fair, and fortunately, no one is any longer forced into it, which was the case for decades. Families that are more egalitarian function better, but it doesn’t have to be exactly 50-50.