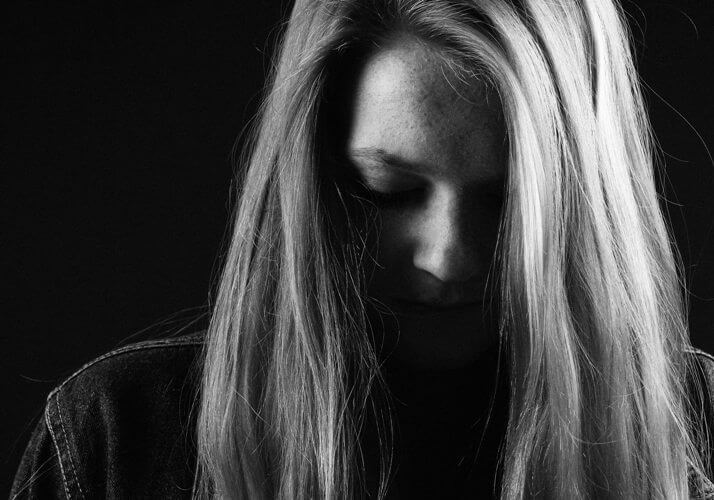 Despite improvement in women’s lives, their happiness relative to men has declined since the ’70s when the reverse was true. This research held true across racial and socio-economic lines in several industrialized countries. Depression in women also seems to increase with age. In contrast, men’s happiness has increased and increases with age.

Do you worry that you are depressed? Read more about the symptoms and risks for depression.

The Cause of Greater Depression

Some people attribute the decline in women’s happiness to the demands of work and motherhood, but research shows that working women and working mothers are happier.  Work outside the home provides stimulation and another identity that protects against depression.

Another theory suggests that the women’s movement raised women’s expectations, and reality has failed to deliver. Today, many more women are college-educated and seek professions previously reserved for men, but then hit the glass ceiling. Moreover, old cultural beliefs that undermine women’s self-esteem are slow to change.

Women are more highly educated now and jobs may have opened up, but most women lack the instrumental qualities of self-efficacy, assertiveness, and autonomy that lead to self-esteem and professional success. It’s not surprising that independent and assertive women are less depressed. Some women incorrectly believe that being assertive and autonomous will jeopardize their relationships, a priority for women. Yet, women who suppress their anger are more subject to depression.

I believe that current culture contributes to our unhappiness. A University of Michigan study found that college students are about 40 percent less empathetic than were coeds 20-30 years ago. Social networking, new technologies, and speed, though affording many benefits, have also decreased the amount of time people spend with each other—dancing, socializing, and even watching television together. More time online means less time with others, in nature, or pursuing crafts and hobbies. Innovations and gadgets that feed men starve the feminine. Picture Aphrodite online!

Additionally, with the popularity of social networking, people negatively compare their lives to the happiness and perfection they imagine from the posts displayed by others. Comparisons and negative self-talk feed shame that is the major cause of depression.

The signs of depression are feelings of sadness, worthlessness, and/or guilt, crying, loss of interest in usual activities, fatigue, difficulty concentrating, irritability, social withdrawal, and changes in sleep, weight, or appetite. Ten to 25% of women will experience major depression in their lifetime. Each depressive episode makes another more likely. Rather than building resilience, we become more vulnerable and sensitive. Depression may be acute, lasting several weeks, or it may be less severe but chronic, lasting years, called dysthymia, which is common with codependency.

Women are much more likely to be diagnosed and misdiagnosed with depression by male clinicians, and they are over-prescribed medication—82% more than men are given anti-depressants. Not surprisingly, research shows that women are twice as likely as men to experience depression and have higher co-morbid rates of combined anxiety and depression. After heart disease, depression is the most debilitating illness for women, while it’s tenth for men.

This gender difference with males first appears at puberty, arguably due to hormonal changes. But Harvard professor Ronald Kessler attributes the shift to girls’ lower self-esteem, described in my blog on “Self-Criticism­—Self-Esteem’s Saboteur.”

Another difference from men is that more women live in poverty and suffer greater discrimination and abuse. Those physically or sexually abused account for half of depressed women. Additionally, our brains are different from men’s. We synthesize 52% less of mood-elevating serotonin, and our estrogen increases the amount of cortisol, a stress hormone. Hard-wired for emotional and empathetic responses, we are more sensitive to loss of attachment and problems at home and with children.

A significant loss, such as divorce, doubles a woman’s risk of depression. Whereas men distract themselves to cope with loss and pain, the fact that we have better recall than they do, and in more vivid detail, contributes to our greater rumination of painful events. Greater rumination leads to greater depression. If women coped like men, the incidence of depression between genders would be the same.

Risks for depression among women include the following:

5.      Inability to have children that they want

8.     Hormone changes due to menses and effects of perimenopause and menopause

Post-partum depression occurs in 10-15 percent of new mothers, and 80 percent have “baby blues.” This is now considered a familial issue.

If you are or have been depressed in the past, develop a strong support system, which can protect against depression and helps you recover from it. It’s important to develop good coping strategies and beliefs to deal with stress and negative life events. Becoming more autonomous and assertive leads to greater happiness and empowerment, while protecting against depression.

Therapy can assist in all of these areas; with treatment, 80% of people improve. Depression is an illness affecting brain chemistry. Self-blame is typical with depression, so don’t let guilt or shame stop you from getting the help needed to recover, as you would for any physical illness.

Take these five evidence-based actions to lift your mood and Raise Your Self-Esteem. If you’re dealing with shame, do the steps in Conquering Shame and Codependency: 8 Steps to Freeing the True You.