Is Your Heart Committed? Is His? 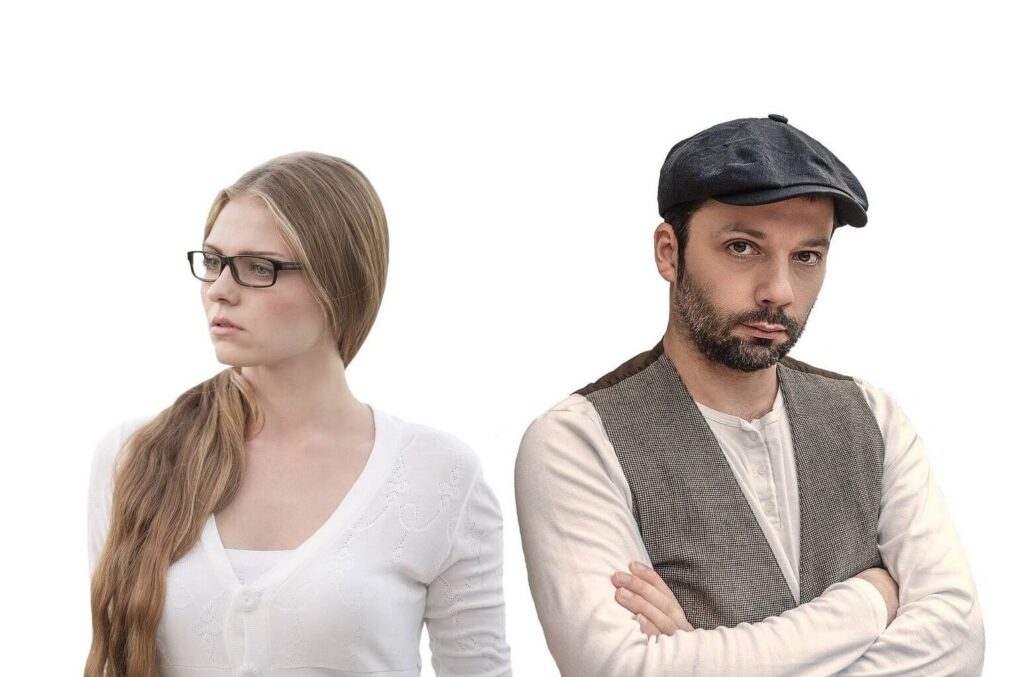 Women, in particular, are looking for commitment. Hollywood, the media, and dating websites all focus on getting a marriage proposal. The art of seduction predates expert Cleopatra. Dozens of books have been written about getting an unavailable man to say, “I do.” For six years, Carrie Bradshaw of “Sex in the City” tried to get Mr. Big to commit.  It’s one thing to get married, but it’s another to have a deep emotional connection and commitment of the heart.

Both men and women often create obstacles to getting the love they want. They may avoid intimacy with time spent at work, watching television, engaging in hobbies or sports. Addiction by either spouse blocks intimacy. Women complain their husbands spend too much time on the computer or watching sports. Yet, women may spend time cleaning, volunteering, or criticizing their husbands or boyfriends, or are over-emotionally involved with their children. To be clear, I’m not talking about the demands of raising young children or the necessity of working two jobs to pay the bills. Stress makes intimacy harder, but doesn’t necessarily eliminate it unless it’s an excuse.

Fear of intimacy may show up in the bedroom. One man complained about his wife’s coldness. He had an affair, only to discover that he was now impotent with his new-found lover. As walls build, the lack of communication usually will eventually affect sexual intimacy.

Married to a Ghost

Not infrequently, one spouse is unconsciously married to someone else. In one marriage, the husband’s heart was still committed to his late wife. It was as if her ghost slept between them. In another, the husband cheated, but it wasn’t the lovers who had stolen his heart – it was his mother!

In another case, the husband was unfaithful, but the real cause of their marital problems lay in the wife’s emotional marriage to her older brother, who died when she was a child. It sometimes happens with twins who are so close that no one else can share that intimacy.

Emotional commitment also can be a problem in step-families. One single mom found fault with every boyfriend, but she wasn’t ready for romance. She didn’t realize her overly-involvement with her son was the problem. Similarly, in a marriage, one parent may avoid intimacy by using a child of the opposite sex as an emotional surrogate. In these cases, the unavailable partner is unconscious of their contribution to the very marital problem about which they complain and think it’s is their mate’s fault. Frequently, they must grieve and let go before they can open to their spouse.

People rarely believe that getting the love that they seek might be a problem. Connie finally overcame her pattern of loving abusers and found Mark, a kind and gentle man. Being loved proved to be more terrifying to Connie than the familiar abuse. Her entire life and personality had been built around the belief that she was unlovable. She was sure that Mark would leave when he discovered the “truth” about her that she imagined was bad. Mark had his own self-esteem issues, and before Connie, he had always dated overweight women, in whom he eventually lost sexual interest. He worried Connie would leave. Sharing their fears, not only helped them to heal their wounds, but moved them closer to a commitment of the heart.

What makes intimacy so difficult? It requires vulnerability and authenticity – risking openness. And that requires courage, self-esteem, and autonomy.

Problems with commitment and intimacy often are symptoms of an attachment style and codependency.

Everyone’s been hurt before, and I mean everyone. From childhood onwards, people get hurt even by well-intentioned parents, by friends, teachers, and lovers, and by losses due to death, illness, rejection, and divorce.

Animals, including humans, are programmed to avoid pain. It’s hard-wired into your brain in order to survive. It requires awareness, intention, and courage to feel everything that may arise once the heart is open. If it’s been wounded before, no one wants to re-open an old wound. Opening your heart to love will open those wounds. But it’s also is an opportunity to heal, rather than seal them it over.

My husband plays video games a lot. If I ask him to spend time with me, hr e says no and claims it would be codependent if he gave into my needs. I’m not sure what to classify this as.