Letting Go and Moving on After Divorce 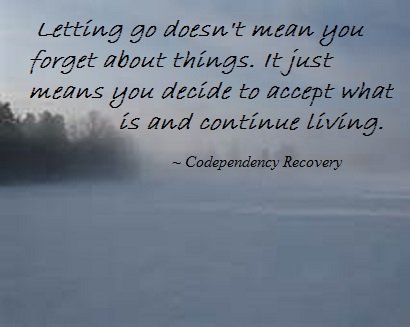 Divorce entails loss, even if you wanted it. Aside from the ending of the relationship with your spouse, you may be losing your home, time with your children, in-laws, extended family, and even friends.

There are inevitable financial losses, loneliness, a change of lifestyle, imagined losses of what might have been, and of memories of what once was.  It may involve a move to a different city, a change of jobs or schools, or a homemaker entering the workforce for the first time.

Challenges to Moving On

Divorce is harder on the spouse who is less prepared or feels “left.”  It can shatter your self-esteem, particularly if it was unexpected, or if your spouse left because he or she loves someone else. Not usually talked about is the loss of identity that occurs – as a wife, a husband, and possibly as a father or mother.

To successfully move on, each loss must be mourned.  Much of the grief work can precede the physical and legal divorce and smooth the way.  It can be useful to recognize Elisabeth Kubler-Ross’ stages of grief:

Not mentioned is fear, which is a predominant emotion in times of transition. All change is stressful.  Facing the unknown is provokes anxiety.  So many important elements of one’s life are in transition all at once, that the stress is enormous.

Divorce frequently rekindles the pain associated with past losses, such as an abortion, a death, immigration, or your own parents’ divorce. One man so looked-up to his late father who had died when he was only four years old, that when his own son reached four, he not only divorced, but moved out of state, claiming he needed to get away from his ex.  But the proximity to his ex-wife was not the real motivation.  It was the painful, hidden memory of his father’s abandonment and the prospect of tarnishing his father’s idealized reputation by meeting his own son’s needs.

Many times, there have been both a prior loss and a lack of separation from a parent, as in the case of a woman who was overly close with her mother following the death of her father.  With such spouses the threat of loss is overwhelming.  She hadn’t finished grieving her father and hadn’t separated emotionally from her mother.  This made “letting go” of her marriage nearly impossible.  She created disputes and obstacles to settlement in order to postpone the divorce, thereby avoiding their grief, feelings of helplessness, emptiness, and abandonment.  In such cases, anger helps to separate, yet on-going fighting is a way of staying in contact.

Ambivalence and Avoidance of Grief

Often spouses fluctuate between attachment and separation, sometimes being compliant, then resistant.  They cannot cooperate without feeling they are giving up a part of themselves. For example, everything can be agreed upon but one insignificant item – one piece of art, or custody on Halloween.  One couple had everything worked out; the father would pay for the children’s daycare, named in the agreement. When the facility unexpectedly went out of business, he refused to pay for an alternative daycare and instead wanted to take custody.

This endless struggle for control over every last detail represents the spouses’ last-ditch effort to avoid the finality of the marriage and the pain of separation, loss, and abandonment.

Steps to Moving On

In therapy, spouses can work through their fears of separation and losses. They learn to distinguish the earlier trauma from the present and resolve their anger and grief towards their parents and spouses, which helps them to heal and move on. To get tips for overcoming the pain of rejection, see “Recovery from Rejection and Breakups.” Listen to the seminar, Breakup Recovery.

Social support is especially important.  Newly divorced people may not be ready to date or feel uncomfortable dating after married life. Creating a single lifestyle takes time. For some, they may have never lived alone.  You may not be used to attending cultural and social events alone or have a companion with whom to go.  Church and support groups, such as Divorce Anonymous, Parents Without Partners, and New Beginnings all can provide both support and a social network.

The worst will pass, and you will be stronger. Join my mailing list for free “14 Tips for Letting go.”

Great article. Aiming your focus on the positive side of divorce can be a very difficult thing to do. I know, because I’ve been there. Even though I was the one who filed the papers after my ex-husband had left to pursue his new life with his new partner — it took me more than two years to do it. Even though I knew he wouldn’t be coming back — nor did I want him back

My spouse and I are planning our own divorce and we want it out of the court because of financial reasons. Is there another possibility for divorce to be done online? I’m doubting on whether or not it’ll be trustworthy, as they are handling a lot of confidential information. Does anyone have experience with online divorce? Any suggestions would be appreciated thank you.

Every state has different rules about divorce. To be sure and get the best result, consult with an attorney. If you’re doing it in Pro Per, most states have forms online you can download and complete with the help of pro bono lawyers or a legal aid clinic.

Your expectations of yourself are very unrealistic. You spent over 31 years together and are only divorced 9 months. You’re grieving. The relationship and the abandonment may be triggering childhood trauma and abandonment, too, which you need to heal. See my blog, Breaking the Cycle of Abandonment.”

Thanks for your article. I believe I fall into this category “This endless struggle for control over every last detail represents the spouses’ last-ditch effort to avoid finality of the marriage and the pain of separation, loss, and abandonment”. Its been almost a year of the signing of the divorce and 17 months after the filing and yet I am like living still in denial stage. How could I ever get out of this? Its done. I need to move on. But how? Therapy?

Therapy can be helpful. Often the divorce is triggering prior losses that make it complicated, and as I wrote there are many emotions and challenges to be faced.