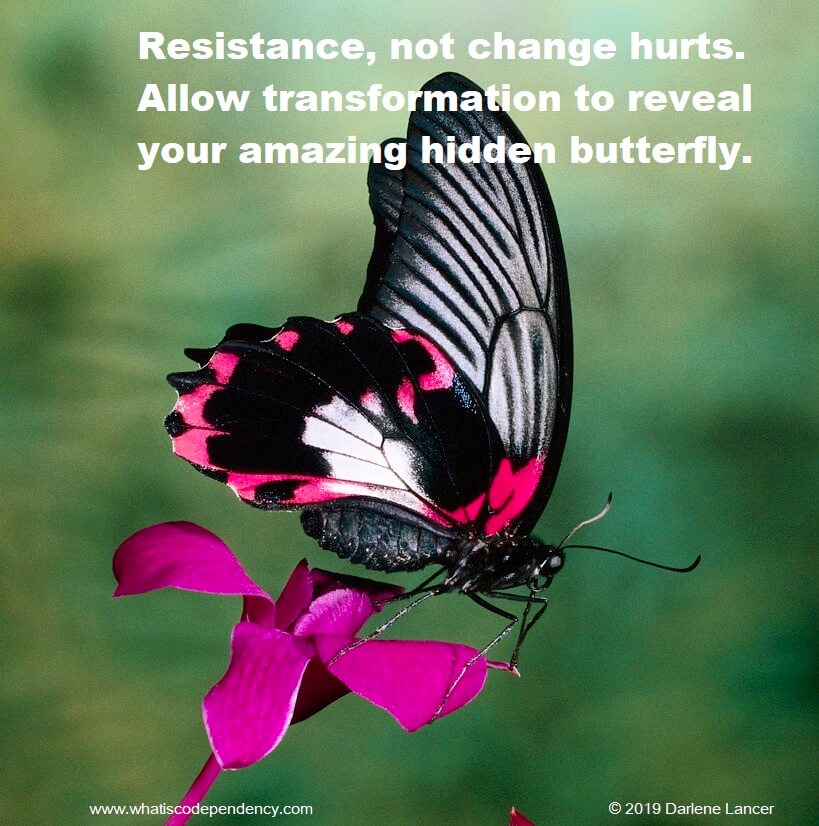 Is it possible to truly change? For most people, change seems hard, writes psychiatrist Scott Peck in The Road Less Traveled, because they drift into a mode of being or bad habits and allow external events and circumstances.

Yet, many people have turned their lives and fortunes around, while others spend years trying to change with or without therapy, but never seem to progress. What makes the difference?

Does therapy help? A good therapist can make a huge difference and help you traverse the obstacles to change, but success lies in the individual.

You are changing constantly – your temperature, cells, thoughts, and fluids – but the longer you repeat a physical or mental pattern, the more it becomes ingrained and resistant to change. Thus, genetics and early upbringing play a role, and it’s difficult if you have a character disorder. But, for most people, change is possible. If you’re depressed, treating depression in therapy is the first step in change.

On the other end of the spectrum, if your self-esteem, self-discipline, and support system are good, change is easier. Personality type matters, too. People who are anxious or are fearful are less likely to try new behavior, even if their present condition is less desirable – fear of the unknown is for them worse than the pain of the familiar. Consider the two characters in the film, Papillion. After escaping a brutal prison camp in French Guiana, Steve McQueen’s character jumped from a cliff onto an ocean raft to seek a new life, while Dustin Hoffman’s character preferred to remain isolated on the island, free, but still a prisoner of the island.

Although there are distinctions between internal change, such as growing in self-esteem, and external change, both begin within. Problems challenge you to grow and face yourself. Dr. Peck points out that problems call forth your wisdom and strength. But, generally, people rationalize, minimize, blame others, repress, and procrastinate as defenses against the problem and the discomfort involved in change. It may have gone unnoticed for years, but has worsened over time. Sometimes people endure long-term misery to avoid short-term pain. Either an event brings the problem into view, or the growing stress and pain finally motivate change.

Confronting a problem is an acknowledgment of reality. You’re facing the facts that call for a solution, rather than sweeping the problem under the rug. An attitude of acceptance is the beginning of change. This differs from resignation, which denies your power and ability to change. The brain begins a creative process of seeking insight, answers, and resolution. Alternative options that hadn’t been considered begin to emerge.

Often people come into therapy feeling hopeless and helpless. Change begins if they can be honest and accept some responsibility for their contribution to their situation. Alcoholics Anonymous, successful in saving and changing thousands of lives, also emphasizes rigorous self-honesty as the key to recovery. As long as you blame others or external circumstances, you deny your power to effect change and achieve happiness. Even if you’re truly a victim in an abusive relationship, you have the power to effect change once the locus of control shifts from the perpetrator to yourself. Eldridge Cleaver famously said, “If you are not part of the solution, then you are part of the problem.”

Like therapy, A.A. recommends a thorough self-examination. Introspection into the cause of your problem is a prerequisite to change. Taking responsibility implies that today’s choices are the seeds of tomorrow’s change or stagnation. The realization that you alone are the authority for your life and your choices can be daunting. With it comes not only responsibility, but freedom.

Many people want to escape that freedom, because they fear the shame of failure or are not used to making their own decisions. Morgan Freeman’s character in Shawshank Redemption could not tolerate freedom after years of imprisonment. In contrast, his wrongly convicted counterpart, played by Tim Robbins, had no guilt. His self-esteem uplifted other inmates and motivated him to seek and enjoy his freedom.

With honesty and insight, deeper change becomes possible. Facing the truth may feel humiliating, painful, or frightening. For a martyr to discover that she is selfish or for a bully to face his vulnerability assaults their egos and self-concepts. But this witnessing is itself a shift in consciousness that lays the groundwork for new behavior.

Although insight is essential to change, it alone is not enough. Action is required. A decision must be made. It comes when you are ready, and cannot be forced. Even getting out of bed each morning is preceded by a decision to act. Bigger decisions – a divorce, career change, a relocation – can be frightening. It may entail facing the unknown, such as life after a divorce or an abuser’s anger when standing up to intimidation.

Entering new territory requires courage. Sometimes change happens because the pain of the problem outweighs the fear of the unfamiliar. Faith can help tip the balance in favor of risking an undetermined future. Meditation is valuable preparation, because of the practice letting go of control, if only momentarily. Encouragement and support from friends, family, a mentor, or therapist is vital when traversing difficult changes.

Good self-esteem suggests that you’ve felt the power of self-efficacy in the past. You’ll have the confidence and motivation to manifest your heart’s desires. This is the best reason to change, rather than for external or practical rewards. When you’re inspired, you’re infused with energy and power. It stimulates your creativity, promises a better future, or connects you to a larger purpose. It fills you with positive emotions that can overcome fear and motivate action – even in the face of death, exemplified by the love that mobilizes parents to protect their children, disregarding their own safety.

Often people resolve to change or get excited about an idea, but within days or weeks, they’ve lost interest and can’t motivate themselves to act. Usually, they’ve talked themselves out of it. Their inner dialogue proclaims that they lack the skill, that their idea was unoriginal, impractical, too difficult, or too costly in time or resources. They may fall back into denying the pain of the problem they face by employing the defenses described above.

Commonly, their parents voiced those obstacles to their childhood dreams, were autocratic, or too passive in teaching them how to accomplish goals. There are those who lack all inspiration. They don’t know what they want and don’t get excited by anything. Treatment for depression may be indicated. They need help connecting to themselves before action is possible.

Neither insight nor motivation is sufficient. Edison even attributed 99 percent of his genius to perspiration and only one percent to inspiration. The same is true for change.  It requires focus and sustained effort over time before results are noticeable. Many lack this self-discipline. They get sidetracked by fleeting distractions or become easily discouraged when quick results aren’t forthcoming. Self-discipline and the ability to exercise your will is a developmental task children learn in order to delay gratification, enabling them to develop their skills and study in school.

Psychoanalyst Allen Wheelis in How People Change notes that discomfort inevitably accompanies change – whether a new manner of relating to reality or the confusion and incompetence experienced when tackling something for the first time. You may feel awkward and anxious, but will succeed by continually exerting your will-power. The process is not a straight path, but a spiral of movement forward, slips, stagnation, and leaps ahead. It is easy to get discouraged and be swayed by the pull of habit, but persistence pays off.

You may have tried repeatedly to change a habitual pattern or attitude to no avail. When the ego has exhausted its efforts, you finally reach a hopeless impasse. It may be that an internal shift is required before anything external can change or change permanently. Often if you let go and give up control, then almost miraculously, in ways you could never have conceived, change happens, not by you, but to you. Others may notice before you do. This is often the process when giving up an addiction, and also is the cornerstone of Anonymous programs based on the A.A. model. If you’re confronting an addiction, you’ll need support until new habits have become a solid part of your self-definition.

Finally, for change to last, in addition to motivation and self-discipline, you must be committed to yourself and the goal, and it must be congruent with your core beliefs. If your motive was to achieve others’ approval or monetary gains, then once achieved you may return to your prior behavior. Thus, it’s important to examine your original motive for changing to ensure that it expresses your true self and fosters your highest good.

Many people make changes on their own. If you’ve found it difficult, consider that therapy can lift depression and can raise your self-esteem, facilitate insight, and guide you through taking risks and maintaining new behavior.

Share with friends
Posted in depression, Making Change, Recovery, self-esteem, therapy
Tagged anxiety, change, changing, depression, goals, insight, motivation, psychotherapy, self-esteem. self-discipline, self-growth, self-will, selfdevelopment, therapy, transformation
Previous Post
Is Your Heart Committed? Is His?
Next Post
Breaking Up: Should You Leave Or Can You Get the Change You Want?
Subscribe
Login