Put the “I” in Independence 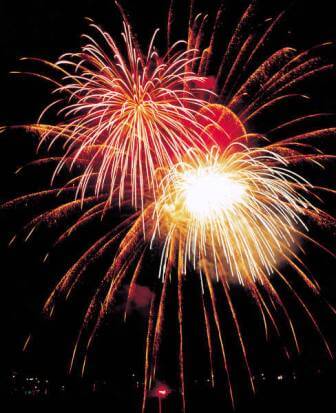 Where is your power center? Is it in you or in other people or circumstances? Control is important to codependents. They struggle with independence. Often, controlling people paradoxically believe that they don’t have control over their lives or even themselves.  They may attempt to control what they can’t – other people – rather than controlling what they can – themselves, their feelings, and their actions. Without realizing it, they’re controlled by others, their addictions, fear, and guilt.

People who control their lives and destinies are happier and more successful. they don’t feel like a victim of others or fate, because they’re motivated from within and believe that their efforts generate results – for better or worse.

Both belief and experience enable them to function autonomously. This article explores autonomy, locus of control, and self-efficacy as important factors in motivation and offers suggestions to help you feel a greater sense of control.

The word “autonomy” comes from the combination of two Latin words, self and law. Construed together, it means that you govern your own life and that you endorse your actions. You may still be influenced by outside factors, but all things considered, your behavior reflects your choice.  (There are philosophical and sociological debates about free will and self-determination beyond the scope of this article.)

Across cultures, autonomy is a fundamental human need. People who experience autonomy report higher levels of psychological health and social functioning. They have an increased sense of well-being and self-esteem. When you value yourself, you’re more able to claim your autonomy. It’s a feeling of both separateness and wholeness that permits you to feel separate when in a relationship and complete when on your own. You feel independent and are able to say no to pressure from others. Your actions are determined by your beliefs, needs, and values, which gives you more control over your thoughts and emotions.

It’s the opposite of being a rebel or a people-pleaser. A rebel’s thoughts and actions aren’t autonomous. They’re an oppositional reaction to outside authority and thereby become controlled by it. Actually, autonomy allows you to listen to someone non-defensively and modify your views to incorporate new information.

When you lack autonomy, you’re more controlled by what others do, think, and feel, and adapt accordingly. You’d react to and worry about someone else’s expectations and reactions and defer to their opinion. You might have difficulty making decisions and taking action on your own. Instead, you’d be easily influenced by or seek out others’ opinions. This tendency both stems from and reinforces low self-esteem. Lack of autonomy and self-esteem can cause many symptoms, such as stress, addiction, domestic violence, emotional abuse, communication problems, worry and anxiety, depression, guilt, and anger.

Individuation, the process of becoming a separate individual psychologically and cognitively, begins in infancy and continues into adulthood. A baby must first feel safe with its mother and caretakers. Psychoanalyst Erik Erikson believed that basic trust or mistrust takes hold in the first 18 months of development and is dependent on consistent comfort and fulfillment of an infant’s basic needs. If caregivers are emotionally unavailable, rejecting, or inconsistent, the child won’t have a sense of safety in the world.

Erikson said, “Doubt is the brother of shame.” In the second stage up until the age of three, a child learns self-control, beginning with controlling bodily elimination. Here’s where a child begins to exercise choice by saying no and expressing their wants and preferences. This builds confidence and a sense of independence. If these natural developments aren’t supported, a toddler will feel inadequate and self-doubt. Imagine if your choices were continually ignored or denied by an authority figure who is your entire world. You’d start to doubt yourself and soon feel ashamed. Shame is a core feature of codependency.

Because of dysfunctional parenting, codependents often lack intrinsic motivation and a sense of agency. Their connection to those inner resources hasn’t been developed. Although they may be competent – and many do not feel confident or competent in a variety of areas even if they actually are – they have difficulty motivating themselves, unless there is an external deadline, reward, support, or competition. The most effective and enduring motivation comes from within, but if you grew up in an authoritarian, chaotic, neglectful, or controlled environment, it’s doubtful that you received support and encouragement to experiment and explore your innate urges and preferences to allow intrinsic motivation to naturally develop. Sometimes, parents are more permissive with toddlers and then squelch their independent strivings as adolescents.

Women suffer more from a lack of agency due to cultural, developmental, and societal influences. One reason is that girls don’t have to separate from their mothers to become women. According to Carol Gilligan, femininity is defined by attachment, and feminine gender identity is threatened by separation. On the other hand, since boys must separate from their mothers and identify with their fathers to become men, their gender identity is threatened by intimacy.* Additionally, boys are encouraged to be more aggressive and autonomous, and girls are protected and stay more attached to their parents.

Often women complain that they do great when they’re alone, but as soon as they’re in a relationship or in the presence of their partner, they lose themselves. Some give up their hobbies, friends, career, and creative pursuits. They have trouble transitioning from an intimate weekend to the office, or they can’t articulate opinions about things in front of their partner or an authority figure.

Beliefs also affect your actions and determine whether you have a passive or active stance toward your life. If you’ve learned from experience that your voice or actions don’t have an impact, you develop a sense of futility – a “what’s the use” attitude. You start to talk yourself out of taking action. This reflects a belief that your “locus of control” is external – that you’re controlled by outside forces or fate. You feel powerless to achieve your goals and influence your life. See an online quiz here.

On the other hand, with an internal locus of control, you believe that if you prepare and work hard, you can achieve results. You’re more self-determined and take responsibility for your actions, feelings, and meeting your needs. You don’t blame others or outside circumstances for failures and successes. You mobilize resources to achieve your desires and don’t wait for signs, circumstances, or direction from others.

Self-efficacy is also important for motivation. It’s a belief in your competence. The knowledge that your efforts will be effective is learned through risk-taking and experience. As you master new skills and/or experience unfamiliar environments and experiences, you gain confidence, self-efficacy, courage, and motivation to change. People who doubt that they’re able to accomplish something generally won’t try.

Development of self-esteem is fundamental to autonomy. Discover your wants, needs, and passions. Practice self-expression, self-acceptance, and setting boundaries (being able to say no). Take risks, including interpersonal risks, to enhance your competence, autonomy, and effectiveness. This, in turn, raises self-esteem and provides motivation to take more risks.

People are motivated when they are ready, willing, and able. Think about your intentions and goals and why they’re important. Get support and learn what’s required to accomplish your goals. Codependency for Dummies and 10 Steps to Self-Esteem provide steps and exercises to raise your self-esteem to become autonomous.

Hi Darlene, I want to thank you for all the information you make available on your web-site. I found your web-site after a bad breakup. I feel very overwhelmed to have this mirror held up that shows so much dysfunction on my part. I have been in therapy for years and thought I was making great progress and then got in this relationship and now feel overwhelmed at how much I still need to learn. I just ordered Codependency for Dummies. Thank you for the work you do.

Codependency, as I say, is sneaky and powerful. Join CoDA, and do the exercises in my books. You may find my “Breakup Recovery” Seminar helpful, too.

These posts make me realize that I must learn deal with my flaws and shortcomings in a positive manner. Thanks Ms.Lancer

Great article! it was just what I needed to hear this morning. Thanks Darlene!