Are You in Denial? 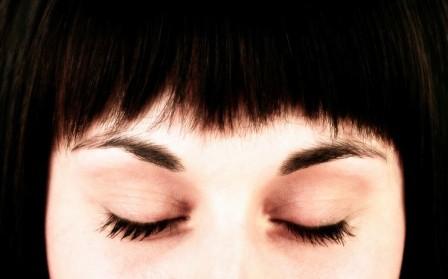 We’re all in denial. We’d barely get through the day if we worried that we or people we love could die today. Life is unpredictable, and denial helps us cope and focus on what we must in order to survive. On the other hand, denial harms us when we ignore problems for which there are solutions or deny feelings and needs. However, if you’re in denial, you won’t know it. Learn how to recognize denial in all its forms.

Types and Degrees of Denial

When it comes to codependency, denial has been called the hallmark of addiction. It’s true not only for drug (including alcohol) addicts, but also for their partners and family members. This axiom also applies to abuse and other types of addiction. We may use denial in varying degrees.

Thus, denial doesn’t always mean we don’t see there’s a problem, we might rationalize, excuse, or minimize its significance or effect upon us. Other types of denial are forgetting, outright lying or contradicting the facts due to self-deception. Deeper still, we may repress things that are too painful to remember or think about.

Denial is a defense that helps us. There are many reasons we use denial, including avoidance of physical or emotional pain, fear, shame or conflict. We’re actually wired to deny for survival. It’s the first defense that we learn as a child. I thought it cute when my four-year-old son vehemently denied having eaten any chocolate ice cream, while the evidence was smeared all over his mouth. He had lied out of self-preservation and the fear of being punished.

Denial is adaptive when it helps us cope with difficult emotions, such as in the initial stages of grief following the loss of a loved one, particularly if the separation or death is sudden. Denial allows our body-mind to adjust to the shock more gradually.

It’s not adaptive when we deny warning signs of a treatable illness or problem out of fear. Many women delay getting mammograms or biopsies out of fear, even though early intervention leads to greater success in treating cancer. Applying the various degrees, above, we might deny that we have a lump; next rationalize that it’s probably a cyst; third, admit that it could be or actually is cancer, but deny that it could lead to death; or admit all of the above and still be unwilling to get treatment.

Another major reason for denial is inner conflict. Children often repress memories of abuse not only due to their pain, but because they’re dependent on their parents, love them, and are powerless to leave home. Young children idealize their parents. It’s easier to forget, rationalize, or make excuses than accept the unthinkable reality that my mother or father (their entire world) is cruel or crazy. Instead, they blame themselves.

As adults, we deny the truth when it might mean we’d have to take action we don’t want to. We might not look at how much debt we’ve accumulated, because that would require us to lower our spending or standard of living, creating inner conflict.

A wife rationalizes facts that suggest her husband is cheating and supplies other explanations. Confronting the truth forces her to face not only the pain of betrayal, humiliation, and loss, but the possibility of divorce. An addicted parent might look the other way when his child is getting high, because he’d have to do something about his own marijuana habit.

Frequently, partners of addicts or abusers are on the “merry-go-round” of denial. Addicts and abusers can be loving and even responsible at times and promise to stop their drug use or abuse, but soon it returns breaking trust and promises. Once again apologies and promises are made and believed because the partner loves them, may deny his or her own needs and worth, and is afraid to end the relationship.

Another reason we deny problems is because they’re familiar. We grew up with them and don’t see that something is wrong. So if we were emotionally abused as a child, we wouldn’t consider mistreatment by our spouse to be abuse. If we were molested, we might not notice or protect our child from being incested. This is first-degree denial.

We might acknowledge that our spouse is verbally abusive, but minimize or rationalize. One woman told me that even though her husband was verbally abusive, she knew he loved her. Most victims of abuse experience third-degree denial, meaning that they don’t realize the detrimental impact the abuse is having on them – often leading to PTSD long after they’ve left the abuser. If they faced the truth, they’d be more likely to seek help.

Codependents have internalized shame from childhood, as described in my book, Conquering Shame and Codependency. Shame is an extremely painful emotion. Most people, including myself for many years, don’t realize how much shame drives their lives – even if they think their self-esteem is pretty good. Needs and feelings are often “shame-bonded” in childhood if they were ignored or shamed. We may deny a shame-bonded feeling, such as fear or anger, minimize or rationalize it, or be unaware of how much it’s affecting us.

Denial of needs is a major reason codependents remain unhappy in relationships. They deny problems and deny that they’re not getting their needs met. They’re not aware that that’s the case. If they do, they might feel guilty and lack the courage to ask for what they need or know how to get their need met. Learning to identify and express our feelings and needs is a major part of recovery and is essential to wellbeing and enjoying satisfying relationships.

How to Know if You’re in Denial

You might be wondering how to tell if you’re in denial. There are actually signs. I’ve mentioned some, including rationalization, making excuses, forgetting, and minimization. If you’re in a relationship with a drug user or drinker, does your partner’s behavior affect his or her job, family and social obligations, or your relationship? Here are more. Do you:

If you answered yes to any of these questions, uncover how you may have been trained to deny and tips for what you can do. Read more about denial and codependency in Codependency for Dummies and join a 12-Step program. A professional therapist can assist your recovery by pointing out your defenses, questioning contradictions between your thoughts and reality, helping you identify denied feelings and needs, and supporting you in facing your fears and inner conflicts and in making changes.

Like any illness, the stages of codependency and addiction worsen without treatment, but there is hope and people do recover to lead happier, more fulfilling lives.

What can you do about a (former) girlfriend that is in denial about her toxic past/current life. I believe she had sex at 13, drank, did drugs here or there, piercings, a couple of tattoos. I think a family member had been abusing her. She then proceeds to get in & out of toxic relationships. Currently living with an ex/baby daddy who is a sociopath perhaps. She exhibits all the signs of a classic narcissist, and when caught in lies or double-speak simply changes the subject or doesn’t respond. 3-4 weeks into the relationship I’d had enough.
WHY can’t people see logic? Does the denial come from too much pain & effort to unpack it all honestly

Darlene Lancer, LMFT
Reply to  will

The answer is to let go, and focus on your life. Overcome your own denial about helping her. See my blog, “Denial of Bad Behavior.” Attend CoDA meetings.

I was snooping around and I stumbled on this website and I feel absolutely devastated. I’m absolutely codependent based on the symptoms. I can relate to nearly every story on this website. My codependency has taken over my entire life. I’m 25 years old and honestly I just feel so broken and lost. I believe my codependency stems from an emotionally repressed family and emotional abuse. My father was a minister and I felt like I couldn’t be a real person. People at church judged me and sized me up constantly and I had to make my family proud. I’ve always felt shame for every little stupid thing. I always have to be perfect so they won’t have anything to talk about. My life was never important and I never got any attention. My dad was the only important person in out family. I feel guilty about any form of sexual expression and I feel guilt when disagreeing with other people. I know it doesn’t make sense but… It’s all ruining my life!

I suspect you may be feeling ashamed of what you discovered about yourself, but learning a name for your suffering isn’t going to make your suffering worse, and hopefully will lead you in the direction of healing. Codependency can easily develop in rigidly religious homes or any home where there are rigid rules or judgmental parents. My book on shame would be of help to you, and there are 40 pages of self-help exercises you can do to begin to heal. Consider joining Codependency Anonymous, too.