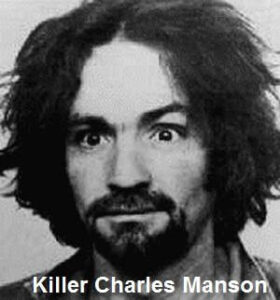 If you’re in an abusive relationship, you may wonder if your partner is a narcissist or sociopath and whether or not the relationship will improve. If so, or if you recently ended such a relationship, it can undermine your self-esteem and ability to trust yourself and others.

They affect a wide range of situations, and are difficult to treat. Signs may be evident by adolescence, but a diagnosis isn’t made until adulthood.

To qualify for a diagnosis of APD, the patient must have had a conduct disorder by 15 years old, and show at least three of these traits:

Some narcissists can look like sociopaths, but there are narcissists who aren’t malicious and who care about their families. Those who have all or most of the nine criteria for a diagnosis of NPD (only five are necessary), and who exhibit them intensely and/or frequently, are considered malignant narcissists. They’re more exploitative, vicious, and destructive.

There are several types of narcissists – ranging from the common “Exhibitionist Narcissist” to the inhibited or “Closet Narcissist,” coined by psychoanalyst James Masterson. They may have an inferior self-image and show evidence of depression and emptiness, which the exhibitionist narcissist also has but hides, (also from him or herself). Rather than seek attention, the closet narcissist may shun it and even act humble. Like codependents, they are uplifted through the idealization of others. Contrary to some popular beliefs, this does not make codependents closet narcissists. The latter still lack real empathy and believe in their specialness and sense of entitlement, even in their martyrdom.

Both sociopaths and malignant narcissists can be charming, intelligent, seductive, and successful. They share similar traits of being unreliable, self-centered, insincere, dishonest, and needing control. Both malignant narcissists and people with APD have an inflated view of themselves and a sense of entitlement. Even when they’re abusive, they believe they’re justified and deny responsibility for their behavior. They lack insight, empathy, and emotional responsiveness. Although they might feign appropriate emotional reactions, this is a learned behavior and not sincerely felt.

Narcissists who have fewer and less severe symptoms, along with “narcissistic” people who don’t have full-blown NPD, can have insight, guilt, remorse, and an ability to emotionally connect, as well as love. (See Dating, Loving, and Leaving a Narcissist: Essential Tools for Improving or Leaving Narcissistic and Abusive Relationships to determine if your loved one is capable of change and whether your relationship can improve.)

Differences between Sociopaths and Narcissists

While sociopaths qualify as narcissists, not all narcissists are sociopaths. What drives them differs. But the main distinction is that a sociopath is more cunning and manipulative, because their ego isn’t always at stake. In fact, they don’t have any real personality. They’re the ultimate con artists and can take on any persona that suits them. Thus, they may be harder to spot, because they’re not trying to impress you or win your approval – unless it serves their agenda. Instead of bragging, their conversation might center on you rather than on themselves, and they can even be self-effacing and apologetic if it serves their goal.

Like premeditated killers, a sociopath is more calculating and might plot and plan an attack months in advance; whereas, a narcissist is more likely to react sooner, using intimidation and lies. Sociopaths are lazier and try to swindle, steal, or exploit others financially, while many narcissists though exploitative, work hard to achieve their aims or perfection. Although both characters may be motivated to win at all costs, narcissists are more interested in what you think of them. They need others’ admiration. This makes them dependent and codependent on others, and actually capable of being manipulated.  They’re less likely to divorce their spouse than a sociopath, who might leave or vanish if they’re exposed or don’t get what they want.

You cannot change another person, but changing your behavior will change the relationship. You need support to restore trust in yourself and others that becomes damaged in an abusive relationship. Find help to set boundaries and Raise Your Self-esteem.

People with NPD or APD don’t usually seek treatment, unless, in the case of NPD, they’re experiencing severe stress, depression, or their partner insists. Those with APD are sometimes unwillingly court-ordered to therapy, which in itself becomes a hurdle to overcome in terms of trust and receptivity. Therapy should focus on helping them access their feelings and learn from the negative consequences of their behavior.

Many narcissists can improve with treatment, and those who have insight can benefit from psychodynamic psychotherapy. If you suspect you’re in a relationship with a narcissist, learn more about narcissistic relationships and get my checklist of narcissistic behaviors.

Everyone is unique, and people don’t always fit neatly into defined categories. Severe NPD resembles APD, and any differences are really irrelevant. Don’t be concerned with diagnosing; instead, put your energy into healing yourself from trauma or PTSD and codependency. Become Assertive and set limits. If you’re in an abusive relationship, seek help immediately. Neither staying nor leaving is easy. Focus on gaining awareness, protecting yourself, and getting help and support.

Follow the steps in Dating, Loving, and Leaving a Narcissist: Essential Tools for Improving or Leaving Narcissistic and Abusive Relationships to raise your self-esteem, set boundaries, and to evaluate the prospects for improving your relationship. When you argue and fight with an abuser, you lose. But that doesn’t mean that you don’t confront what is going on. However, you need to do so calmly and strategically.  Change and a better life are definitely possible.

Sociopath or Narcissist? by Darlene Lancer, MFT, a Licensed Marriage and Family Therapist in Santa Monica, CA, and author of Codependency for Dummies